Project: Voyages Lunatiques
where: Marsonic, who: PVL
I was so tired yesterday, plus I waited so late to go jam. But I went anyways.

Thought I had a crappy jam but when I listened to the result I loved what I was hearing. I'm actually really happy about that jam!

First song I played was pretty neat but unfortunately I didnt record it. Then I went on to play some mofo stuff on my Flying V. Thought it sounded like shit but when listening to it afterwards I thought it sounded actually kind of cool.

==================edit 20june2019
Im having a band name galore situation. I used to call this band The Fog Lullaby Orchestra. Then one day I wanted to create a black metal style logo for the band. I did something pretty cool (see it in videos of the previous jam "Drummination") But I did a spelling error in the word Lullaby (I wrote Lulaby!) Then when I realized it made me think that I should not use such english words that I'm not familiar enough with in my band name, its too english, since I am not english I feel its not right to have a band name that sounds sooo english... So I wanted to change and the first Idea that came to my mind was "Putrefaction" but with an X so I can be found on google lol... Putrefaxion. I thought it was genius, new name, everybody happy. Putrefaxion sounds right both in english and french. Created new logo for the new name, used it in the new videos. All was going well until I tried changing the page name on Facebook. It was denied with a canned response. I appealed with more information saying it was now the new band name. Still denied same exact canned response. Appealed again explaining even better then situation, that time it took about a week to be denied again with the same exact canned response (great support Facebook, what a place of SHIT!) Well I decided to check if any other band existed with that name, and indeed! Some mexicanish band already exist with this name "Putrefaxion" and theyre super metal and dirty. Conclusion I will have to find a better name now because I dont want to have the same name than that band... So were back to square 0 for the band name :( Ultimately I dont give a shit about what Facebook allows me to do or not, Facebook wont last, its shit, my music will outlive Facebook... But I dont want to have the same name than this mexican band lol!! 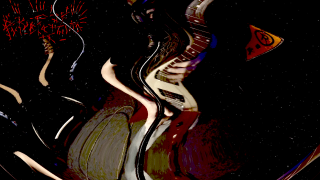 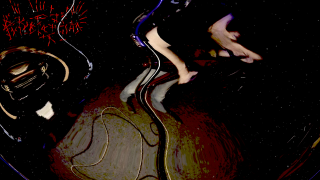 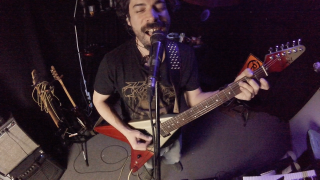 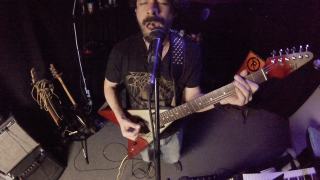 ⇩ mp3 audio - download ⇩
⇩ mp3 audio - download ⇩
Sunday, Fathers day, on 16th June when my GF and daughter went to be I felt energic and free, from my fathers obligations since, they went to bed :P decided to hit the studio and record tracks on this jam. I've added drums, back vocals and guitar. The result was not perfect but I found out later that I can fix a lot of small errors on the tablet especially on tracks that contain an instrument alone. So I corrected a few details in the tracks, namely a few mistakes on the drums but also minor details on guitar and back vocals. Ending up with a result marginally better that it actually was :P Happy with how this song is turning out but still unsure about the final sound of the mix. Video ccoming soon!